Create an Account - Increase your productivity, customize your experience, and engage in information you care about.

History of the Department

The Chowchilla Volunteer Fire Department began operating as an organized department on November 18, 1926, under the direction of Fire Chief Ray Strope when the first set of by-laws were drafted. It is unknown how many years the department operated prior to its official organization.

The newly formed department had one fire engine believed to be a hand-me-down from Madera County. It has been said that the standard operating procedure at the time was to drive the fire engine to the fire and park it. The firefighters would then run into the building and remove as much furniture as possible before the roof would cave in, then exit the building any way possible (door or window).

Most Years of Service 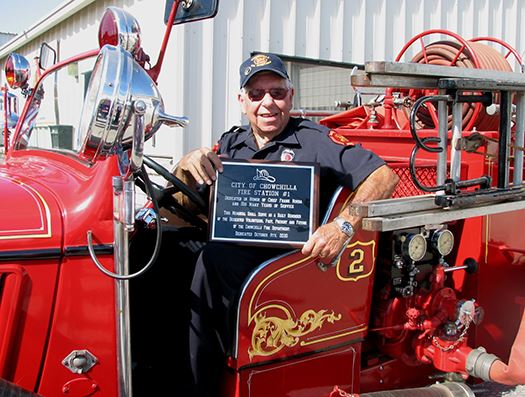