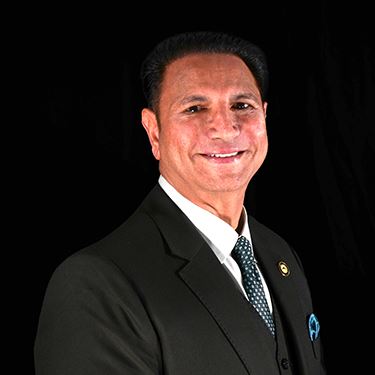 Waseem Ahmed has devoted virtually his entire career to public service. Before taking office in 2014, Mr. Ahmed served as Chairman of the Chowchilla Planning Commission for several years.

Mr. Ahmed believes being an effective Council member involves listening to constituents, translating their concerns into workable solutions, and building consensus to implement them. According to Mr. Ahmed, he could not do this job without the involvement and openness of the people he represents. Mr. Ahmed appreciates everyone when they take the time to share their ideas, concerns, and aspirations, and he sincerely appreciates their willingness to discuss what really matters to them.

Mr. Ahmed believes that the government was put into place to serve all people and was established to help them do things for the collective group that everyone otherwise cannot do for themselves. He knows that winning is not a one-person effort; it's a TEAM effort. The value of the team is greater than the sum of its individual parts.

Mr. Ahmed was heavily involved with the community and served on many organizations and commissions. Mr. Ahmed has previously served the Chowchilla community as a board member of the Chowchilla District Chamber of Commerce, which included two terms as President, the San Joaquin Valley Air Pollution Citizens Advisory Board, several years on the Park and Recreation Commission, and the Madera County Transportation Commission where he also served one term as Chairman, past member of the Madera County Work Force Investment Board, League of California Cities Revenue & Taxation Policy Committee. Mr. Ahmed is a current member of ICSC (International Council of Shopping Centers), the League of California Cities API (Asian Pacific Islander) Caucus. Mr. Ahmed has an established history of service to the community, an appreciation of the plus 100-year heritage that led to the Chowchilla of today, and a vision for its future.