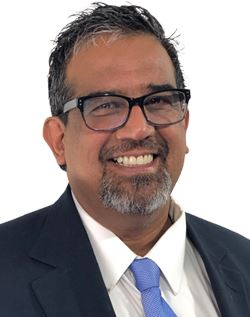 John Chavez Jr. was born in Atwater, California, in 1966 and was raised on a dairy farm. He grew up in many Valley locations, including Merced, Turlock, and Hilmar, graduating from Hilmar High School in 1984 and attending Merced College. While at college, he met Rosli Cornaggia, who was born and raised in Chowchilla and was a part of the Cornaggia Bakery family.

John, Rosli, and her sister Kamil opened a bakery in Gustine, California, and sold it after nine years in business. John was then hired as a bakery manager for Costco in Merced for two years before working for Albertsons. While working for Albertsons, he won various awards and contests for his baking and received special management training. Two years later, John and Rosli returned to Chowchilla to run the family business, Cornaggia's Bakery, which has been a part of Chowchilla since 1925. John has also worked at the Save Mart Bakery and Deli, and most recently at BakeMark, a distributor of quality bakery products.

John’s three children, Johnathan, Jazzlin, and Jonahs, have been the main reasons for his strong commitment to youth and sports programs in the community. John has been involved with the Redfins Swim Team, Chowchilla Youth Soccer, Chowchilla Youth Football, and the Youth Basketball program. He has enjoyed giving many hours back to his community by coaching teams for most of these youth sports programs. John also was a part of the Skate Park Committee, which helped bring a new skate park to Chowchilla in 2005.

Serving his community is important to John, who was named the Chamber's Citizen of the Year in 2005 and served on their Board of Directors. He was also a committee member for the Vision 2002 Committee for the redevelopment of downtown Chowchilla. John was also an active member of Kiwanis.

Prior to being elected to the City Council, John served as an appointed Commissioner to the Chowchilla Parks and Recreation Commission. He was elected and served his first term on City Council from 2006 until 2010 and was elected to a second term in November 2012, the third term in November 2016, and again for his fourth term in 2020. He was selected to serve as Mayor Pro Tem for 2014, Mayor for 2015, 2019, and 2022.