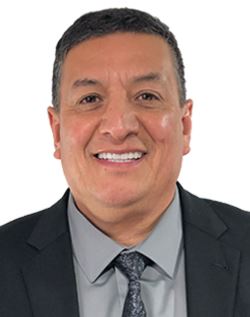 Born in Gilroy, California, in 1964 to Ray and Mary Ann Barragan, Ray attended local Salinas and Gilroy schools. At the age of 17, he enlisted in the Army and served for four years.

In 1990, Ray settled in Chowchilla, where he began working under his father in the family business, Golden Memorial Insurance Services. With his family still in Hollister, Ray was ready to start a family of his own. Ray is married to Lisa Barragan, and between them, they have eight children - Nick, Nathan, Natalia, Alek, Aimee, Madi, Emmy, and Katie. Six of the children are Chowchilla High School graduates, and two are currently attending schools in the Chowchilla School Districts.

Ray is a member of the Chowchilla District Chamber of Commerce and was named Business Person of the Year for 2016. He also received an award from the City of Chowchilla in recognition of a person who is deserving of a place in the lasting history of Chowchilla. Ray has been a benevolent giver to the community through youth sports, the Chowchilla Police K-9 programs, summer park concerts, and outdoor movie events provided funding through his business's memorial foundation to build the Barragan Family Performance Stage in Veterans Memorial Park, along with many programs throughout Chowchilla.

In his spare time, Ray enjoys traveling and spending time with his family and his two dogs, Sam and Dexter.